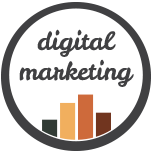 dis•rupt (ds-rpt)
tr.v. dis•rupt•ed, dis•rupt•ing, dis•rupts
1. To throw into confusion or disorder: Protesters disrupted the candidate’s speech.
2. To interrupt or impede the progress, movement, or procedure of: Our efforts in the garden were disrupted by an early frost.
3. To break or burst; rupture.
[Latin disrumpere, disrupt-, to break apart : dis-, dis- + rumpere, to break apart; see reup- in Indo-European roots.]
dis•rupter, dis•ruptor n. dis•ruption n.

There have been many businesses in the past decade disrupting and revolutionizing the way we do business, enjoy entertainment and live our lives.

disruptive innovation: An innovation that creates a new market, disrupting an existing one, thus replacing an earlier technology. This disruption happens in an unexpected way, improving a product or a service, attracting new consumers and as consumers we would love if it is lowering prices.

Take Wikipedia for example – the free, non-profit encyclopedia which is edited by the community, updated every minute and its size is unlimited. When Wikipedia started it made information available to anyone with an internet connection. Now Wikipedia has its challenges too. Starting as a fantastic example of disruptive innovation, at present it has severe financial difficulties, therefore asking users to donate. And as if that wasn’t enough, Wikipedia’s validity of the information gets questioned daily. When a disruptive innovation appears it forces a whole market to change and everyone else either adapts or dies. That’s certainly the case with Nokia, which used to be the market leader, but now with the fast growth in communication technologies and innovation, it’s lucky to be alive.

And even though disruption today is all around us it doesn’t appear in the middle of the mainstream market. An established company can easily miss out on the disruptive trends, by staying too focused on its own success and doing what they always have: watching the market, keeping track of their best customers, meeting consumers’ needs through innovation. Remember Peter Drucker said that it’s important to stay focused on the non-customers just as much, if not more, than on the customers, as they are the best educators. From a marketing perspective to get noticed you need to stand apart from the pack – if you follow what everyone else is doing – your shade of vanilla may not get the attention it deserves, try adding some chilli to cut through the crap. In order to get heard and your messages noticed, you need a louder, braver and disruptive way of reaching the audience.

Marketing that interrupts and gets truly noticed is what you need. Disruption is what can break this regular flow, shake up the market and get consumers talking. If your message remains unnoticed, it may as well have never been published. Really, who cares if the tree falls – if no one heard it, it may as well have never fallen in the first place.

One of the perfect examples of disruptive marketing is guerrilla marketing – the attempt of modern marketers to catch the consumer’s full attention in an innovative and unexpected way. Let’s not forget that what used to be new, catchy and intriguing yesterday isn’t going to stay as popular tomorrow. One of the most popular and unforgettable guerrilla marketing campaigns was the complaint letter sent to Virgin Airlines by Oliver Beale (from Oli and Alex), which received a massive critical acclaim and became the most read news article on the Telegraph for 2009. The letter to Richard Branson included images of the food on a flight, which was described as disgusting. The letter got Oli and Alex exactly what they needed – attention and fame. That’s what we’d call Guerrilla marketing at its best.

A more recent Guerrilla marketing campaign certainly caused lot of disruption at an airport, where random people were made to think that the police was looking for them, with their picture being displayed on the news and on newspapers across the waiting area. Filmed by Nivea, the campaign was advertising it new product Stress Protect Deos, which is supposed to prevent sweating when under stress. Just when the “suspects” were really starting to get stressed, men dressed as policemen show up only to open a briefcase containing the advertised product. Without doubt a funny and memorable guerrilla marketing campaign.

Do you want to be a really good marketer? Remember that a good marketer is one who is passionate about their work, one who sees a different world and is ready to challenge the status quo.

We will be sharing more articles with tips on guerrilla marketing and disruption. In the meantime, tell us what your favourite example is and what do you plan to do about it?

This website uses cookies to improve your experience while you navigate through the website. Out of these, the cookies that are categorized as necessary are stored on your browser as they are essential for the working of basic functionalities of the website. We also use third-party cookies that help us analyze and understand how you use this website. These cookies will be stored in your browser only with your consent. You also have the option to opt-out of these cookies. But opting out of some of these cookies may affect your browsing experience.
Necessary Always Enabled
Necessary cookies are absolutely essential for the website to function properly. This category only includes cookies that ensures basic functionalities and security features of the website. These cookies do not store any personal information.
Functional
Functional cookies help to perform certain functionalities like sharing the content of the website on social media platforms, collect feedbacks, and other third-party features.
Performance
Performance cookies are used to understand and analyze the key performance indexes of the website which helps in delivering a better user experience for the visitors.
Analytics
Analytical cookies are used to understand how visitors interact with the website. These cookies help provide information on metrics the number of visitors, bounce rate, traffic source, etc.
Others
Other uncategorized cookies are those that are being analyzed and have not been classified into a category as yet.
SAVE & ACCEPT
Powered by